Life of pie: slicing into the stories behind DFW’s best pies 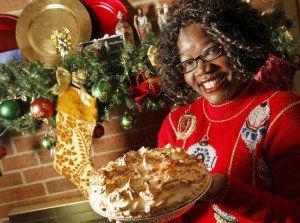 The very thought of pie can be comforting, like the aroma of baked apples wafting back from the kitchen of your childhood.

The memories of pie are vivid. Digging into a beautifully sculpted slice can make you think of late nights in college, where you and your friends had dessert and coffee and talked about, you know, stuff.

And its power should never be underestimated.

As we learned, whether it’s in a homey cottage or a hipster neighborhood, pie can give people the courage they need to leave the rat race and chase their dreams. Or, when life hands them lemons, it’ll inspire them to make lemon meringue.

This isn’t just a taste of some pie places in DFW — it’s a taste of the American spirit.

In 1983, her father owned a catfish market in Dallas, and Anderson, who was working for Texas Instruments at the time, asked if she could sell her sweet-potato pie there. “I started with 30 4-inch-size pies a week,” she says. “By the next month, I had gone up to 60. By the third month, it was a hundred a week.” A little more than three years ago, after her third husband died, Anderson, who had been a stay-at-home mom for 10 years, re-entered the work force, but wasn’t finding complete satisfaction. When a friend asked her what she loved to do, she pursued her dream of opening her own pie shop — calling a former Tarrant County College professor for advice, learning about modern business plans, joining the HEB Chamber of Commerce to network her pie business and doing whatever she could to get the word out. Business gradually took off.

Sweet inspiration: There’s a reason Anderson’s sweet-potato pie is called Mudea’s sweet potato pie. “My grandmother had eight girls,” Anderson says. “My mother’s the oldest of the eight girls, and I’m the oldest granddaughter. So I did a lot of things with my grandmother, and I just loved the way she’d get in the kitchen and she’d whip up teacakes or cake or pie or whatever. She had this little bounce when she was in the kitchen, and I would watch her, and I thought, ‘Wow.’”

First pie try: In 1978, Anderson had gotten married and was living in Georgia, when she decided to make a sweet-potato pie. “Oh, my god, that pie was terrible,” Anderson says. “So I called my grandmother and said, ‘Mudea, I was baking this pie, but it does not taste like yours. It is nasty.’ So she asked me what I did and I told her I was following this recipe, and she said, ‘Girl, throw that away!’ And she taught me over the phone how to make sweet-potato pie.”

Favorite among her pies: The sweet-potato pie started everything, but Anderson says she doesn’t have a favorite. “I like pies,” she says. “I like desserts.”

Pie nirvana: Her Mudea’s sweet potato pie. “The pecan pie is awesome, also, but everything revolves around the sweet-potato pie. That was the beginning.”

Pie we tried: With all the sweet-potato pie talk, we had to order one — and it was amazing, sweet and soft without being overpowering, with a fine traditional crust. We put it out for the office staff, and it was gone in minutes.